SM Mall of Asia is touted as the Premier Mall and one of the largest malls in Asia with a land area of 67 hectares. The strategic location of the mall near Manila Bay is perfect for people who want to view an amazing sunset after an awesome shopping, convention and events. The mall is also near the business hubs, bpo (call center) and entertainment city making it a perfect place to put a terminal to transport people to and from the mall. Check out Mall of Asia p2p, bus, van and jeep schedule, routes and fares to reach your destination.

As of August 2021, SM Mall of Asia (MOA) Terminal schedule is from 5:00 AM to 11:00 PM with routes to Cavite, Laguna, Southmall, Sucat, and Quezon City. Outside the terminal, there are jeeps, multicabs and P2P buses to NAIA, BGC, Alabang and Sta Rosa and EDSA Carousel bus to PITX and SM North.

The UV Express van schedule from SM Mall of Asia (MOA) Terminal to Cavite is from 10:00 AM to 10:00 PM with routes going to Molino, Paliparan, Imus, Kawit, Lancaster, Naic, Rosario, Tanza, Tejero, and Dasmariñas. The fare is ₱100.

Alternatively, you can ride EDSA CAROUSEL bus or modern jeepney from Mall of Asia to PITX and then ride a bus to Dasmariñas, GMA, Trece Martires, Naic and Tagaytay.

The MOA to Alabang, SM Southmall and Sucat UV Express Van is located in the South Terminal with daily schedule from 10:00 AM to 10:00 PM. The fare is ₱60 for Sucat and ₱75 for SM Southmall, Las Piñas.

Alternatively, you can ride EDSA CAROUSEL bus or modern jeepney from Mall of Asia to PITX and then ride a bus to SM Southmall / Alabang or Modern Jeepney to Sucat.

To commute from SM Mall of Asia MOA to MRT taft / Savers / Pasay Rotonda, you can either ride the Regular or Modern Jeep with sign board Malibay or take the EDSA Carousel Bus and alight in MRT Taft station. The fare is 9 for the regular jeep, 11 for the modern jeep and 13 for the EDSA carousel.

The van from SM Mall of Asia MOA to SM Fairview via España Manila operates from 10:00 AM to 10:00 PM with a fare of ₱100. Alternatively, passengers may also go to LRT Buendia / Gil Puyat and ride the Modern Jeep in DLTB terminal or ride the Quezon Avenue Bound Bus from PITX and then ride the Bus to Fairview in Quezon Memorial Circle.

Most bus accepts CASH and BEEP payment. Once you enter the bus, tap your BEEP card and tap it again before you exit and the fare is deducted automatically. If you forget to tap on your exit, you will be charged full fare on your next entry.

There are NO EDSA Carousel bus stop in MRT Boni, Shaw and Santolan Station. Passengers heading to these location can use MRT instead.

SM Mall of Asia to Alabang via NAIA Airport terminal

As of August 2021, UBE Express P2P from MOA to Starmall Alabang via NAIA Terminals (vice versa) route will no longer be taking any trip.

As of August 2021, the UBE Express trips are currently suspended until August 31 while NCR remains under MECQ.

The UBE Express terminal in SM Mall of ASIA is located in the MOA globe rotunda bus loading station.

Note the schedules may change depending on the traffic status along South Luzon Expressway. You can check the updates in UBEExpress Facebook Page. Also, if you are using the P2P bus, make sure that you have enough time to check in for your flight. Even if you are checked in online, the airline may require you to check in physically in the counters to present your travel documents.

Heading to SM Mall of Asia (MOA) in Pasay City for an event, vacation or staycation? Check out these discounted hotels near Mall of Asia including Conrad. Microtel, Okada, Kabayan Hotel, Shore Residences, Sofitel and Solaire. 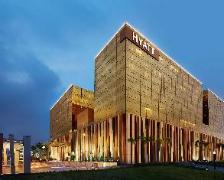 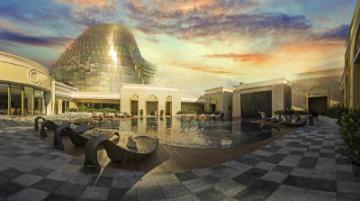 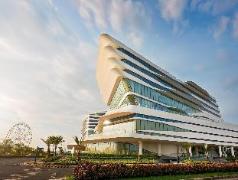 How to go to SM Mall of Asia MOA?

To commute from PITX to SM Mall of Asia MOA, you can ride the Edsa Carousel Bus, Buendia MOA Modern Jeep and Vito Cruz Modern jeep. You can alight in Double Dragon Plaza and walk to Mall of Asia or Ride a jeep, multicab or Bus to Mall of Asia

If you are commuting from SM Mall of Asia (MOA) to PITX, ride the EDSA Carousel Bus or Modern Jeepney in the Bus loading area near the globe rotonda. The fare is ₱13 and the bus accepts both cash and Beep card.

Sm North or Cubao to Mall of Asia

To commute from SM North, Trinoma, Cubao, SM Megamall, Guadalupe, Ayala, going to SM Mall of Asia (MOA), ride the EDSA Carousel Bus or MRT going to Taft Station and then ride a bus, multicab or jeepney going to Mall of Asia. Travel time is 45 mins.

If coming from SM Mall of Asia (MOA) going to SM North, Trinoma, Cubao or SM Megamall, you can ride the EDSA Carousel Bus or take the modern jeepney to MRT Taft then ride the train to your destination

Alabang or Las Piñas to SM Mall of Asia

To commute from Alabang or Las Piñas going to SM Mall of Asia MOA, you can ride the Starmall Alabang to PITX bus and then ride the PITX to Buendia / MOA modern jeepneys. You can also ride the EDSA Carousel bus and alight in Double Dragon Plaza, then walk or ride a jeep, multicab or bus going to the mall.

Alternatively, you can ride a Bus going to Ayala and alight in Magallanes then ride a jeep heading to Mall of Asia or Pasay Rotonda.

Double Dragon to Mall of Asia

If you are coming from SM Molino going to SM Mall of Asia, you can ride the vans along Molino Paliparan Road headed to SM MOA or Lawton and pay the ₱100 fare. A cheaper option is by riding a GMA to PITX bus and then riding a PITX to Buendia MOA modern jeepney.

Laguna to Mall of Asia

Is it safe to ride a van during the pandemic?

Unlike jeepneys and bus, vans do not have plastic barriers between passengers. Vans only ferry up to 11 passengers only (compared to the regular 18 passengers) to social distancing. Facemask and faceshields are required to ride the van for protection. Aircons are also kept at higher temperatures. If you are high risk and are feeling sick, best to find other modes of transport.

Check my other Terminal Blogs

Your donation is appreciated. Click this Link to BuyMeACoffee